About the Kinder Institute 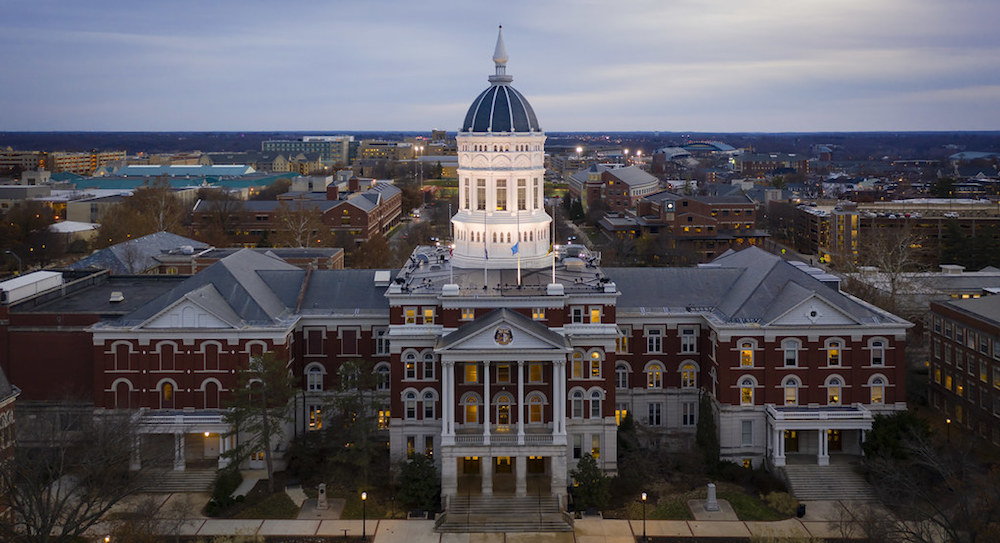 The Kinder Institute on Constitutional Democracy is an interdisciplinary, signature academic center on the University of Missouri campus in Columbia, jointly operated by faculty from the Political Science and History Departments, in cooperation with other scholars across campus. It is dedicated to excellence in research, teaching, and community engagement on the subjects of political thought, history, and institutions, with a particular emphasis on the ideas and events of the American Founding and their continued global impact and relevance today. It was created in 2015 by a generous gift from the Kinder Foundation, a family philanthropic foundation started by Rich and Nancy Kinder of Houston, Texas.

Use the tabs below to read more about how the Institute advances this mission by serving the following four core constituent groups.

Beginning with our first Society of Fellows summer seminar, held in August 2014 when we were just a pilot program, the Kinder Institute has demonstrated a commitment to developing programs that foster the growth of an intellectual community of undergraduates at the University of Missouri who are devoted to tracing connections between the past and present of constitutional democracy in the U.S. and abroad. These programs began with the Fellows program, our Minor and Certificate in American Constitutional Democracy, and an academic internship program held each summer in Washington, D.C., and over our first five years grew to include an Honors College course series on early American history and politics, a student-run scholarly journal, and week- and yearlong study abroad programs at University of Oxford’s Corpus Christi College.

In Fall 2020, our “menu” of undergraduate programs grew again with the official launch of two new major initiatives: The Kinder Institute Democracy Lab, a living-learning community through which first-year Mizzou students can be introduced to the Kinder Institute and its faculty as soon as they get to campus; and a B.A. in Constitutional Democracy, a 36-credit hour, interdisciplinary degree with a core curriculum on the philosophical and historical origins of the United States and upper-level coursework that will allow students to trace the reverberations of these origins across centuries and continents. Since the launch of the B.A., we have also added two new experiential learning opportunities, a yearly course on Constitutional Litigation, with an embedded Spring Break trip to D.C., and a January intersession study abroad trip to University of the Western Cape in South Africa.

Another pillar of the Institute’s core mission is advancing the work of faculty and graduate students at the University of Missouri whose scholarship and teaching focus on the philosophical foundations, historical development, and contemporary practice of constitutional democracy around the globe. To this end, the Institute has developed numerous initiatives to support the ongoing academic projects of MU professors, postdocs, and doctoral and M.A. candidates, and to make the University of Missouri a regional hub for the study of U.S. and trans-Atlantic political thought and history. We have created the Missouri Regional Seminar on Early American History and the Shawnee Trail Regional Conference on American Politics and Constitutionalism, both of which provide scholars throughout the Midwest with opportunities to discuss their current research with colleagues from across multiple disciplines and institutions. The Institute also sponsors graduate and postdoctoral fellowships in History and Political Science, a biannual cycle of research and travel grants, and a faculty fellows program through which MU professors can design and teach undergraduate and graduate courses in their specialty areas.

Fall 2020 was a significant touchstone for this constituency as well, as it marked the on-campus launch of our new M.A. in Atlantic History & Politics, a one-year Master’s program, also pursuable as a joint M.A./J.D., through which participants spend July studying at Oxford’s Corpus Christi College and the following academic year completing the degree via graduate coursework that spans the disciplines of History, Political Science, Public Affairs, and more.

Citizens of Columbia and the State of Missouri

The Kinder Institute’s mission extends beyond the University of Missouri as well. Our various community programs, which include small seminars, a robust colloquium series, and frequent larger public lectures, provide an avenue for individuals in and around Columbia to engage with ideas and questions that promote greater understanding of both the foundations and present state of constitutional democracy in the United States and around the globe. We also seek to advance the critical cause of civic education around the state by participating in teacher training programs and community forums and by hosting high school students on the Mizzou campus each summer to study the design and application of the U.S. Constitution.

The Kinder Institute is quickly establishing itself as a global leader in the interdisciplinary study of constitutional democracy. The research generated by our faculty, graduate students, and postdoctoral fellows, as well as by contributors to our book series with University of Missouri Press, is blazing new trails in the understanding of the founding of the United States and its global legacy. More than a research leader, the Kinder Institute is likewise becoming an international destination for the exchange of ideas about these subjects. Notable for its cross-discipline and non-partisan, inter-ideological approach to programming, the Institute hosted the May 2018 conference/workshop for Volume 2 of Cambridge University Press’ five-volume Cambridge History of America and the World, a February 2019 conference aimed at re-imagining academic study of the Missouri Crisis of 1818-1821, and the Spring 2022 annual meeting of the Association of British American Nineteenth-Century Historians.

Our inclusive and ambitious research agenda derives not only from the broad horizons of our in-house scholars but also from our physical location. With offices in historic Jesse Hall, the Kinder Institute is anchored in the heart of the United States in the oldest public university west of Mississippi River, and in a diverse state that has a rich history at the crossroads of migration, empire, and commerce.

About the Kinder Institute