MU Associate Professor of Black Studies Daive Dunkley will give a November 20 presentation on the Anglican church’s eighteenth-century efforts to suppress the resistance of enslaved people in Great Britain’s slaveholding empire. Email Thomas Kane, KaneTC@missouri.edu, to be added to the list of people who get Zoom links for events on the day that they are occurring.

The expansion of Church of England evangelism among the enslaved black population of the British colonies of the Americas is often discussed as part of a theological thrust to spread Christianity to the so-called “heathen” and “pagan” West Africans. But this expansion in the eighteenth century was tied to the effort to suppress the resistance of the enslaved people in Britain’s colonies. This effort shaped the establishment of the Society for the Propagation of the Gospel in Foreign Parts in 1701 by the Rev. Dr. Thomas Bray. He was arguably the most active promoter of the Church of England’s evangelism in the eighteenth century. Subsequently, bishops of London, namely Edmund Gibson and Beilby Porteus, were instrumental in the development of the indoctrination of enslaved people as critical to the suppression of their resistance to slavery, rather than the expansion of the Christian kingdom. This presentation discusses the origins, organization, and management of Anglican evangelism in the effort to suppress slave resistance as one of the most important threats to the survival of slavery and British colonial rule in its slaveholding empire. 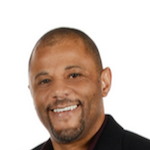 Daive Dunkley is an Associate Professor in the MU Department of Black Studies and an affiliate faculty member at the Kinder Institute and in the Departments of History and Religious Studies. His research focuses on the history and culture of the Caribbean and the wider Black Atlantic, and he has authored publications exploring slave resistance, British colonialism, decolonization, and the politics of the Rastafari. He is the author, co-author, or editor of several books, including Readings in Caribbean History and Culture: Breaking Ground (2011), Agency of the Enslaved: Jamaica and the Culture of Freedom in the Atlantic World (2013), Leonard Percival Howell and the Genesis of the Rastafari (2015), and Black Resistance in the Americas (2019). Additionally, his book chapters and articles include “Enslaved Africans and the Transformation of Society in Brazil and the Caribbean: A View from the Churches,” published in the collection The African Heritage in Brazil and the Caribbean (2011), and “The Politics of Repatriation and the First Rastafari, 1932-1940,” published in Souls (2018). Prof. Dunkley has a strong desire to educate others about Black history and its implications for the present.