“Dividing the City: Race-Restrictive Deed Covenants and the Architecture of Segregation in St. Louis,” Colloquium with University of Iowa Prof. Colin Gordon

One of the first ever speakers at the Kinder Institute, University of Iowa Professor of History Colin Gordon will return to Columbia on October 8 to present research for his new project, which uses Greater St. Louis as a case study for understanding the ways in which residential segregation by race was accomplished and sustained during the first half of the twentieth century. The talk, which is free and open to the public, will be held at 3:30pm on October 8 in Jesse 410.

Private restrictions on racial occupancy and homeownership were instrumental in the segregation of northern and border cities in the first half of the twentieth century, and yet we know relatively little about their timing, scope, and diffusion. My research draws on a new dataset, mapping private restrictions parcel by parcel in St. Louis and St. Louis County, to shed new light on the ways in which residential segregation by race was accomplished and sustained in Greater St. Louis. 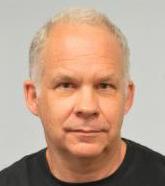 Colin Gordon received his Ph.D. from the University of Wisconsin-Madison and currently serves as Professor of History at University of Iowa. He writes on the history of American public policy and political economy and is the author of: Citizen Brown: Race, Democracy, and Inequality in the St. Louis Suburbs (University of Chicago Press, 2019); Growing Apart: A Political History of American Inequality (Institute for Policy Studies, 2013); Mapping Decline: St. Louis and the Fate of the American City (University of Pennsylvania Press, 2008); Dead on Arrival: The Politics of Health in Twentieth Century America (Princeton University Press, 2003); and New Deals: Business, Labor and Politics, 1920-1935 (Cambridge University Press, 1994). He has also written for The Nation, In These Times, Atlantic Cities, Jacobin, and Dissent, where he is a regular contributor. His digital projects include online companions to Citizen Brown and Mapping Decline.

He is also a senior research consultant at the Iowa Policy Project, for which he has written or co-written reports on health coverage, economic development, and wages and working conditions (including the biennial State of Working Iowa series). He is the recipient of an F. Wendell Miller Professorship (2016), the University of Iowa Regents Award for Faculty Excellence (2016), the University of Iowa Award for Distinguished Achievement in Publicly Engaged Research (2015), and the College of Liberal Arts Collegiate Fellowship (2014). His webpage is colin-gordon.sites.uiowa.edu.

Prof. Tara Ginnane, one of our incoming Postdoctoral Fellows in Political Thought & Constitutionalism, will introduce the Kinder Institute community to her scholarship with a talk on the legislative history and broader implications of a political phenomenon that usually gets little attention: how voting rights are exercised by Americans living or working abroad ... See MoreSee Less

Jefferson’s Ocean: Political Thought and the Terraqueous Globe3:30pm410 JesseAs a tune-up for the MRSEAH meeting later in the evening, Hobart and William Smith Colleges Associate Professor of History Matthew Crow will give an October 1 talk on the history and reverberations, all the way into the present, of Jefferson’s ambivalent relationship with the world’s oceans (see abstract below). The talk will be held at 3:30pm in Jesse Hall 410 and is free and open to the public.

We usually and quite rightly associate Jefferson, perhaps more than any other major figure in the political history of the United States, with territory, with land, and with the free and enslaved labor that worked it. Even so, Jefferson had a lifelong and deeply ambivalent relationship with the watery parts of the world, and there is much more at stake in the history of that relationship than just getting Jefferson right. His struggles with how to tackle problems of transoceanic commerce, maritime power, fisheries, and climate change on the traditional terms of landed rights and territorial sovereignty ran aground, but we still live with many of those struggles and problems. None of us are as free from these Jeffersonian dilemmas as we often imagine ourselves to be, and so it seems important to go back and think through some of the fundamental questions—about democracy, belonging, culture, and what it means to be human—that the world’s oceans pose to politics.

Matthew Crow is Associate Professor of History and Chair of the Law and Society program at Hobart and William Smith Colleges in Geneva, NY. He received his PhD from UCLA in 2011, and in addition to several articles and essays, he is the author of Thomas Jefferson, Legal History, and the Art of Recollection, published by Cambridge University Press in 2017. He is currently at work on a second book project about Herman Melville and the idea of justice, in addition to future projects about the ocean and coasts in U.S. legal and intellectual history. ... See MoreSee Less

“The Political Inclusion of Americans Abroad: History & Implications,” Colloquium with KICD Postdoc3:30pm410 Jesse HallIntroducing the Pursuit of Happiness Hour community to her work, Kinder Institute Postdoctoral Fellow in Political Thought & Constitutionalism Tara Ginnane will present her doctoral research on the history and implications for national identity and electoral outcomes of Americans abroad (see abstract below). Free and open to the public, the talk will be held on September 24 at 3:30pm in 410 Jesse.

Americans abroad are an important but overlooked constituency in American politics. In the first place, they are important because they have the ability to influence election outcomes. But more deeply, their political inclusion raises questions about the United States’ identity as a territorial nation. This talk will reconstruct the Congressional history of voting rights for Americans abroad. Then, it will discuss what the political inclusion of Americans abroad means for understandings of American national identity.

Tara Ginnane, 2021-24 Kinder Postdoctoral Fellow in Political Thought & Constitutionalism, received her B.A. in Jurisprudence from University of Oxford (Balliol College) with first class honors; her LL.M. from University of Chicago; and her M.A. and Ph.D. in Government from University of Texas at Austin, writing a dissertation on The National Membership Politics of External Voting. Her scholarship on the separation of powers has been published in Polity and she served as a teaching assistant while at UTA for classes ranging from The Supreme Court and Public Policy, to Rethinking the Founding. ... See MoreSee Less