Jane Hall, Professor and Author at American University in Washington, D.C., will deliver our second annual Undergraduate Lecture Committee Invited Talk, using contemporary case-studies and trends to unpack the impact that the intersection of media and politics is having on democratic issues and institutions in the U.S. today (see abstract below). The talk will be held at 3:30pm on February 24 in Jesse 410.

From the roles of race and gender in American politics and society to the 2020 presidential election, the January 6 insurrection, the 2022 midterm elections, and the chaotic beginning of the new session of Congress, the intersection of media and politics in the U.S today is having real impact on the framing and focus of issues; candidates, elections, and policies; disinformation and polarization; and concerns about the future of democracy. In this presentation and discussion, we will examine contemporary media-politics case-studies and trends as well as media ownership and characteristics. 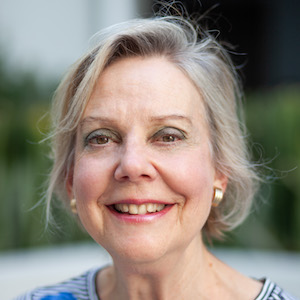 Jane Hall is an associate professor in the School of Communication at American University in Washington, D.C., specializing in researching, writing and teaching about the intersection of media and politics. She is the author of Politics and the Media: Intersections and New Directions, published by CQ Press in fall 2021. Her book has been praised by Kirkus Reviews as a “tour de force,” an “accessible read beyond academia as well as an ideal classroom text” that will be “a definitive resource on politics and the media for years to come.” The book, as Kirkus Reviews wrote, provides “expert analysis on the modern media’s theoretical and ethical underpinnings” and “in-depth coverage of social media, race, immigration, women and media globalization, along with standout interviews” with “a range of perspectives on the media and politics from the vantage points of U.S. senators, journalists, critics, and activists.”

A former panelist on Fox News Channel’s media-analysis program, she has regularly appeared as a media expert on CNN’s media-analysis program “Reliable Sources,” as well as “PBS NewsHour,” MSNBC, CSPAN-TV and other networks. Hall is frequently interviewed about issues in media and politics by the New York Times, Washington Post, AP, NPR, Politico, and numerous other outlets.

Professor Hall has been a contributor to Columbia Journalism Review, the Harvard International Journal of Press and Politics, and the Freedom Forum Media Studies Journal; and she has written for other publications from Rolling Stone to the Wall Street Journal. Her op-ed essay for the New York Times about the impact of Fox News on politics and journalism was widely quoted. She co-authored a survey and analysis of more than 200 journalists regarding self-censorship of imagery from the Iraq War that was praised as an important study by Columbia Journalism Review.

Hall has twice been chosen Professor of the Year by student government at American University for her work with student groups. She speaks regularly on politics and the media, and she has overseen student-led projects in journalism that have been published in the Washington Post and other publications.

A native of Abilene, Texas, Professor Hall earned her undergraduate degree from the University of Texas at Austin and her master’s from Columbia University’s Graduate School of Journalism. She is a member of Phi Beta Kappa.