Historian Hilda Sabato, currently Head Researcher at Argentina’s National Scientific and Technical Research Council and formerly of University of Buenos Aires, will give an October 30, 3:30pm presentation on her recent Princeton University Press book, Republics of the New World: The Revolutionary Political Experiment in Nineteenth-Century Latin America, which puts aside claims of failed modernization and instead frames the 19th-century rise of republican governments in Latin America as all based on the radical notion of popular sovereignty (see abstract below). Email Thomas Kane, KaneTC@missouri.edu, to be added to the list of people who get Zoom links for events on the day that they are occurring.

By the 1820s, after three centuries under imperial rule, the former Spanish territories of Latin America had shaken off their colonial bonds and founded independent republics. In committing themselves to republicanism, they embarked on a political experiment of an unprecedented scale outside the newly formed United States. In this book, Hilda Sabato provides a sweeping history of republicanism in nineteenth-century Latin America, one that spans the entire region and places the Spanish American experience within a broader global perspective.

Challenging the conventional view of Latin America as a case of failed modernization, Sabato shows how republican experiments differed across the region yet were all based on the radical notion of popular sovereignty—the idea that legitimate authority lies with the people. As in other parts of the world, the transition from colonies to independent states was complex, uncertain, and rife with conflict. Yet the republican order in Spanish America endured, crossing borders and traversing distinct geographies and cultures. Sabato shifts the focus from rulers and elites to ordinary citizens and traces the emergence of new institutions and practices that shaped a vigorous and inclusive political life. 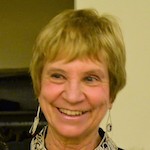 Hilda Sabato is a historian, who works mainly in political history, with an emphasis on nation-building, the development of republican institutional frameworks, and the shaping of citizenship in nineteenth- century Latin America. She is Head Researcher at the Consejo Nacional de Investigaciones Científicas y Técnicas (CONICET-Argentina) and was History Professor at the University of Buenos Aires between 1985 and 2012. She was Vice-President of the International Committee of Historical Sciences (ICHS) from 2010 to 2015, and has been a fellow at the Princeton Institute for Advanced Study, the Center for Advanced Study in the Behavioral Sciences at Stanford, the Wissenschaftskolleg zu Berlin, the Davis Center for Historical Studies at Princeton University, and the Lateinamerika-Institut at the Freie Universität in Berlin, as well as Tinker Visiting Professor at Stanford University. She received the Alexander von Humboldt Forschungspreis in 2012. Her recent books include Republics of the New World. The Revolutionary Political Experiment in 19th Century Latin America (PUP, 2018); Historia de la Argentina, 1852-1890 (2012); Historia de las elecciones en la Argentina, 1805-2011, in collaboration (2011); Buenos Aires en armas. La revolución de 1880 (Buenos Aires, 2008);  Pueblo y política. La construcción de la república (Buenos Aires, 2005, reprinted in 2010; in Portuguese: 2012); The Many and the Few. Political Participation in Republican Buenos Aires, which received the quinquennial Clarence H. Haring Prize from the American Historical Association.