The first of three Spring 2021 trans-Atlantic visitors, Dr. Michael Joseph, M.G. Brock Junior Research Fellow at University of Oxford (Corpus Christi College), will revisit the period of labor unrest and economic depression in 1930s Jamaica and Barbados to draw out the forms of anti-colonial nationalism that evolved in Caribbean politics during this time. The talk will be held on January 29 at 3:30pm via Zoom. Interested parties can contact Thomas Kane, KaneTC@missouri.edu, to be added to the list of people who get Zoom links for talks on the day of the events.

The labour unrest of the 1930s has long been positioned as the founding moment in the British Caribbean’s political modernity. In these narratives, the depression years mark the beginning of a process which ended with national independence. This paper revisits this period to examine more closely the forms of anti-colonial nationalism which evolved in Jamaican and Barbadian politics. Focusing in particular on the debates which circled the islands’ legislative bodies, it explores how Caribbean thinkers pushed and probed at the limits of the nation-state project. 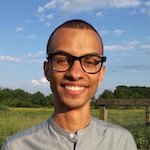 A historian of the British and French Caribbean, Dr. Michael Joseph received his BA in History from Oxford (Pembroke College) and his MSc in the History of Science, Medicine, and Technology from Oxford (Lincoln College), before returning to Pembroke for his DPhil. His doctoral research brought him to Université Paris I Panthéon-Sorbonne as a visiting student, and he came to Corpus Christi College in October 2018 as the M.G. Brock Junior Research Fellow. His current book project is a comparative study of anti-colonial political thought from c. 1870-1939, and he has published scholarship in Journal of the History of Medicine and Allied Science, First World War Studies, and French History (forthcoming). He teaches papers at Corpus in modern British, European, and global history, as well as historical theory and methodology, and offers tutorials in Caribbean history for visiting students.