In the final installment of the Kinder Institute’s Fall 2020 Colloquium Series, University of Pennsylvania Roy F. and Jeannette P. Nichols Professor of American History Mia Bay will present the first chapter of her current book project, which traces African American commentary Thomas Jefferson from the American Revolution through the Civil War (see description below). The talk will take place on December 4 at 3:30pm via Zoom. Email Thomas Kane, KaneTC@missouri.edu, to be added to the list of people who get Zoom links for events on the day that they are occurring.

“Talking Back to Thomas Jefferson” is a draft of the first chapter of a book on African American commentary on Jefferson that will trace Black discussions of Jefferson from the American Revolution to the Civil War—and possibly beyond. My aim for the book as a whole is to use these African American discussions of Jefferson to present an accessible discussion of the connections between early black struggles for freedom and civil rights and African American claims on American nationalism and citizenship. The project revisits the political history of early black thought by underscoring that pre-Civil War black freedom struggles first emerged within the changing political environment of a racially divided new nation and developed in dialogue with the party politics, the national political imagination, and the ideals of American political icons such as Thomas Jefferson. 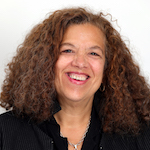 Mia Bay is the Roy F. and Jeanette P. Nichols Professor of American History at University of Pennsylvania. Prior to arriving at Penn in January 2018, Bay worked at Rutgers University, where she was a Professor of History and the Director of the Rutgers Center for Race and Ethnicity. Professor Bay is a scholar of American and African American intellectual, cultural, and social history, whose recent interests include black women’s thought, African American approaches to citizenship, and the history of race and transportation. She holds a Ph.D. and M.Phil. from Yale University and a B.A. from the University of Toronto. Bay’s publications include The White Image in the Black Mind: African-American Ideas about White People, 1830-1925 (Oxford University Press, 2000); To Tell the Truth Freely: The Life of Ida B. Wells (Farrar, Straus and Giroux, 2009); the edited work of Ida B. Wells, The Light of Truth: The Writings of An Anti-Lynching Crusader (Penguin Books, 2014); as well as many articles and book chapters. She is also the co-author, with Waldo Martin and Deborah Gray White, of the textbook Freedom on My Mind: A History of African Americans with Documents (Bedford/St. Martins, 2012, 1st Edition; 2016, 2nd Edition; 2020, 3rd Edition), and the editor of two collections of essays: Towards an Intellectual History of Black Women (University of North Carolina Press, 2015), which she co-edited with Farah Jasmin Griffin, Martha S. Jones, and Barbara Savage, and Race and Retail: Consumption Across the Color Line (Rutgers University Press, 2015), which she co-edited with Ann Fabian. Bay’s current projects include a new book entitled Traveling Black: A Story of Race and Resistance (forthcoming, Harvard University Press, 2021); and a book on the history of African American ideas about Thomas Jefferson.

The Kinder Institute Residential College is designed to provide incoming, first-year Mizzou students with an opportunity to forge a tight-knit scholarly community committed to exploring the complex story of constitutional democracy in the United States and around the globe. APPLY NOW!
https://bit.ly/KinderRC ... See MoreSee Less

Anglican Evangelism and the Maintenance of Slavery in the Eighteenth-Century Atlantic World9:30pmzoom ... See MoreSee Less

The Kinder Institute Residential College is designed to provide incoming, first-year Mizzou students with an opportunity to forge a tight-knit scholarly community committed to exploring the complex story of constitutional democracy in the United States and around the globe.

Admission and scholarship applications for the 2021-22 cohort of the Kinder Institute Residential College (KIRC) are now open to all incoming, first-year Mizzou students. The early admission deadline to submit applications is December 31, 2020, and the application will remain open through March 1, 2021.