PTL: The Rise and Fall of Jim and Tammy Faye Bakker’s Evangelical Empire 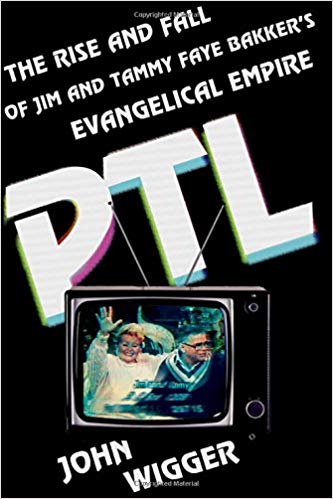 In 1974, Jim and Tammy Bakker launched their television show, the PTL Club, from a former furniture store in Charlotte, N.C., with half a dozen friends. By 1987, they stood at the center of a ministry empire that included their own satellite network, a 2300-acre theme park visited by six million people a year, and millions of adoring fans. The Bakkers led a life of conspicuous consumption, perfectly aligned with the prosperity gospel they preached. They bought vacation homes, traveled first-class with an entourage, and proclaimed that God wanted everyone to be healthy and wealthy.

When it all fell apart, after revelations of a sex scandal and massive financial mismanagement, all of America watched more than two years of federal investigation and trial, as Jim was eventually convicted on 24 counts of fraud and conspiracy. He would go on to serve five years in federal prison.

PTL is more than just the spectacular tale of the rise and fall of the Bakkers. Drawing on trial transcripts, videotapes, newspaper articles, and interviews with key insiders, dissidents, and lawyers, John Wigger traces their lives from humble beginnings to wealth, fame, and eventual disgrace, telling the story of a group of people committed to religious innovation, who pushed the boundaries of evangelical religion’s engagement with American culture, and, in the process, revealed both the power of big religion in American life and its limits.

Author:
John Wigger is a Professor of History at the University of Missouri. His publications include Taking Heaven by Storm: Methodism and the Rise of Popular Christianity in America, 1770-1820 (1998), Methodism and the Shaping of American Culture, co-edited with Nathan Hatch (2001), and American Saint: Francis Asbury and the Methodists (2009).