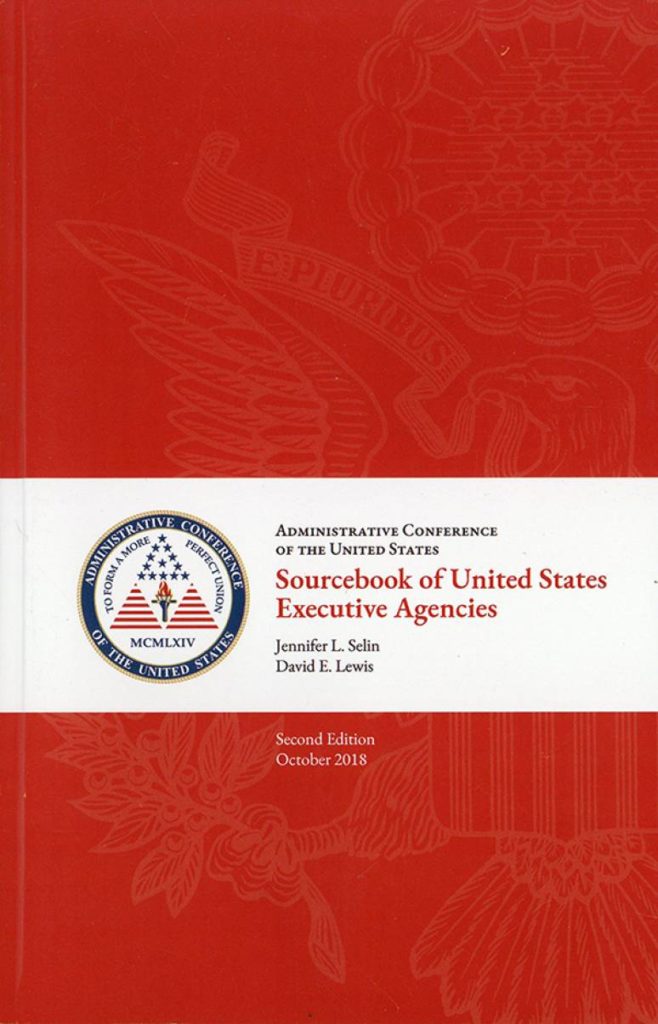 The Sourcebook examines the diverse characteristics of the departments, agencies, and other organizational entities that comprise the federal executive establishment and catalogues a comprehensive set of characteristics for each entity, including structure (e.g., commission or single-head agency, internal organization), personnel (e.g., number and types of appointed positions, limitations on removal), decision-making processes and requirements, political oversight, and sources of funding. The second edition revises and supplements the first edition and accounts for developments since its initial publication by, among other things, expanding coverage of the Sourcebook by identifying bureaus within agencies, accounting for ongoing constitutional debates about agency structure, and addressing the renewed importance of “government-wide legal mandates” in the administrative state.

Download or purchase the second edition of the Sourcebook here.