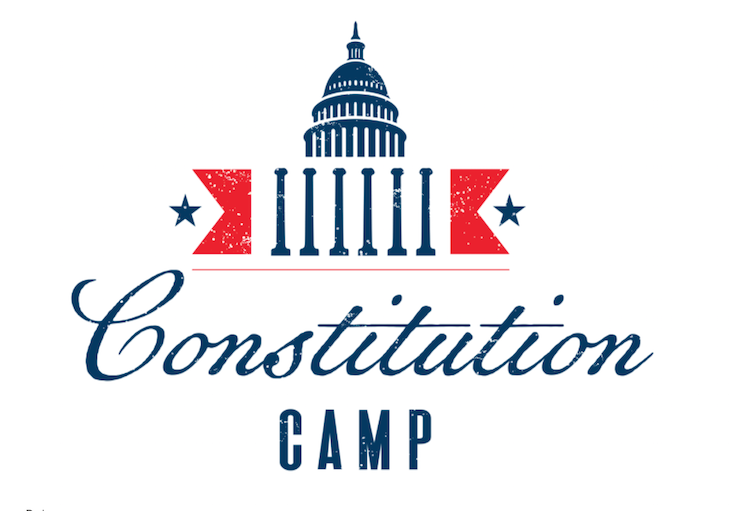 A new initiative at the Kinder Institute, “Constitution Camp” is an academic summer program designed for Missouri high school students who are passionate about civic education and who would like to spend a week diving deeply into the subjects of American political history and American political thought.

Through a series of discussion-based seminars led by MU faculty, participants will both tackle questions of historical significance and apply their answers to the current state of U.S. politics. They will, for example, not only consider how the U.S. Constitution was designed to create an effective government that would stay within its limits and not become tyrannical but also turn to the present to assess whether the Constitution has been successful in striking this balance.

Other topics to be discussed at the inaugural Constitution Camp will include:

The 2022 Constitution Camp was held July 11-15 on the Mizzou Campus in Columbia. Applications will open in Spring 2023 for the next cohort.

Registration Fee, Lodging, and Board

This camp is hosted on the campus of the University of Missouri in Columbia, and students will be housed in campus residence halls. Residential Advisors will be in dorms with students to advise and assist them.

A non-refundable fee of $100 will be required of accepted applicants to reserve their place. Except for travel to and from Columbia, all other expenses associated with the Constitution Camp, including meals, lodging, and any program materials, are covered by the Kinder Institute. Some assistance with the registration fee is available for those in financial need.

In addition to the daily seminar, students will have the opportunity to participate in a wide array of recreational activities, including film screenings, cultural excursions in Columbia, and more.

Application materials consist of the following:

—A copy of your current high school transcript

—A letter of recommendation from a teacher or adult mentor (other than a parent), submitted separately from the other application materials by the recommender.

All three components of the application should be submitted electronically to Dr. Rudy Hernandez, HernandezRK@missouri.edu, using KINDER CAMP or KINDER CAMP REC (for the letter) as the subject line.

"Electocracy in America and the Atlantic World" Fall 2023 Conference: Call for Papers