“There’s concern about incivility in the air right now,” PBS’ Alexander Heffner bluntly noted in opening his March 20 public lecture at the Reynolds Journalism Institute’s Smith Forum. But rather than plunge directly into the present fray, Heffner asked attendees to first reflect on the 2008 presidential election, when an audience member at a public forum confronted Republican Candidate Senator John McCain with one of many falsehoods being circulated at the time about his opponent. “No ma’am,” McCain responded in regard to the woman’s claim that she couldn’t trust President Obama because ‘he is an Arab,’ “he’s a decent family man [and] citizen that I just happen to have disagreements with on fundamental issues, and that’s what this campaign is all about.”

McCain’s response functioned as an early inflection point in Heffner’s talk, indicative of what he deemed both the civility with which we comported ourselves in 2008 and the “high velocity cycle of incivility” that we’ve been mired in since then. Working toward a solution, he argued, begins with categorizing the problem we face: an incivility of bigotry that is not only racial and ethnic but also ideological, as seen in the nightly warfare on cable news; an incivility of obstructionism that prevents red and blue state legislators from using reason to reach consensus, or at least compromise, on issues ranging from Merrick Garland’s Supreme Court nomination, to the Affordable Care Act, to the current tax plan; and an incivility of dysfunction, evident in leaders’ widespread abdication of responsibility to process.

The first order priority, Heffner described, is thus identifying where this incivility has rooted itself, and he devoted the next section of his lecture to sourcing the problem in part to the silos of hate and harassment created by an anti-social media complex comprised of unaccountable, publicly traded companies. We need look no further than the verification that Infowars received from Twitter and Facebook to see how these companies have, as he suggested, monetized the dissemination of misinformation, proven falsehood, conspiracy, and fraud. And while the crisis of hate currently being played out in 280 characters or less has driven some users to deliberately withdraw from these platforms, such conscientious objectors are few and far between, which raises the necessary question of how to inject moral leadership into this media apparatus so that it promotes, rather than assaults, the journalistic values of honest deliberation and human connectedness and the best practice of employing constructive vs. destructive, and pro-social vs. anti-social, speech.

On a macro-level, Heffner proposed shareholder activism as a potential answer to this question, and he also pointed to recent, innovative strides being taken by European news sites as an effective, more on-the-ground option. These sites, he explained, require users to take a rudimentary quiz before commenting on an article to prove that they’ve actually read it. Even seemingly small measures such as this—or Wikipedia’s policy of requiring sources and evidence for page modification—are guided by a recognition of the glaring need to restore classification and moderation to information exchanges that have become increasingly defined by polarization and falsification.

Heffner closed by noting how ideological bigotry and toxic partisanship have not only migrated into but are also being combatted within the human arena. As for the former, he cited how, during the 2016 New Hampshire primary, he and the Director of the Marlin Fitzwater Center engaged in a joint endeavor to bring presidential candidates from both sides together for a roundtable dialogue about issues central to the lives of the state’s residents, only to be thwarted from on high by news that any participants would subsequently be barred from sanctioned RNC and DNC events. As for the latter, he highlighted recent student activism in Parkland, Florida, not only as evidence that civic pride and political imagination still course through society’s veins but also as a mandate that we re-double efforts to orient the motivating impetus of media culture toward policies that affect our shared livelihood, with the Postman-ian goal of “amusing our democracy back to life.”

Immediately following Heffner’s lecture, the Kinder Institute and Truman School convened a panel of five MU faculty members, including moderator and Chair of Black Studies Stephanie Shonekan, to discuss and field questions about civil discourse, in general, and specifically as it applies to recent violent protests about Civil War monuments. The first panelist to reflect on Heffner’s lecture, Arvath E. Strickland Distinguished Professor of History and Black Studies Devin Fergus, led off by noting how, as important as civility might be, we must also keep in mind its pitfalls and unintended consequences. Take the post-Brown v. Board case of Greensboro, North Carolina. Though the city’s rhetoric of embracing the decision and of its devotion to a “nation of laws” marked a thoroughly civil response to the Supreme Court ruling, it took 20 years for Greensboro schools to actually be desegregated, evidence, Prof. Fergus contended, of how civility is often wielded by the hegemon as a tool to retain power over marginalized groups. Conversely, he drew attention to the value of incivility, citing Frederick Douglass’ 1857 “If There Is No Struggle, There Is No Progress” to underscore the degree to which comfortable situations at times obstruct meaningful change.

Picking up on this latter strain, Kinder Institute Assistant Professor of Constitutional Democracy Christa Dierksheide argued that any reasonable vision of a civilized future requires engaging in the uncomfortable act of confronting the contested history that is inscribed on the nation’s landscape. More history—importantly distinct, she reminded the audience, from the historical memory captured by twentieth-century Confederate monuments—is necessary if we are to meaningfully address the fault lines that have emerged around divided (and divisive) ideas not only about what America is but also about what America was. In his introductory remarks, MU Professor of Journalism Berkley Hudson provided a visual tour of this contested history, transporting the audience to Tupelo, Mississippi, where monuments to Confederate and Union soldiers are juxtaposed with one another; and to Oxford, where, in line with the more v. less history argument, a statute of James Meredith sits outside the university’s Lyceum, nearby a Confederate memorial that was recently contextualized with a plaque making note of both the troubling “lost cause” narrative forwarded by the twentieth-century raising of such memorials, as well as the millions of people freed because the Confederacy fell.

Finally, Kinder Institute Director Justin Dyer tied the reflections on Heffner’s talk together with brief comments on the primary medium of civility. Speech, he noted, is central to what makes us human, not because it is a vehicle for articulating interest, but because it is a vehicle for communicating what we find just and unjust. And these ideas about justice, of course, exist in important and complicated relationship with the unique American tradition of free speech. Both principled and prudential cases for the First Amendment, Prof. Dyer explained, provide some measure of protection for speech that many might find unjust, with the former contending that the search for truth requires that it and error meet so that error might be vanquished, and the latter contending that the unpredictability of who will be in power makes provisions that allow for the easy suppression of speech dangerous, potentially justice-obstructing propositions. In wrapping up his comments, Prof. Dyer added that defenses of free speech also make room for a somewhat problematic moral relativism—the argument that “one’s man vulgarity is another’s lyric,” which sits counter both to a belief in the importance of norms of civility and to a conviction that some ideas are true and some not, some just and some not.

This program was part of the “Democracy and the Informed Citizen” Initiative, administered by the Federation of State Humanities Councils and conducted in partnership with the Missouri Humanities Council. The initiative seeks to deepen the public’s knowledge and appreciation of the vital connections between democracy, the humanities, journalism, and an informed citizenry.

We thank The Andrew W. Mellon Foundation for their generous support of this initiative and the Pulitzer Prizes and Missouri Humanities Council for their partnership. 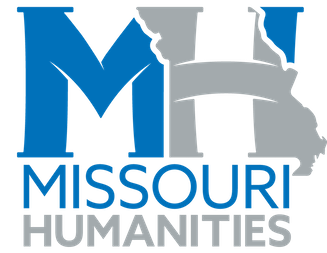