Given that Constitution Day proper fell on a Sunday this year, we took the liberty of extending our celebration of the 230th anniversary of the signing to a Constitution Week, with festivities including the soft release of our undergraduate Journal on Constitutional Democracy on September 20, a Missouri Humanities Council-sponsored evening lecture with TCU’s Gene Smith on September 21, and a September 22 keynote with Boston College’s Mary Sarah Bilder.

Though James Madison’s Notes on the 1787 Constitutional Convention bear the Library of Congress’ rare distinction of being one of the nation’s “top treasures,” the mystique (and shroud of secrecy) that come with this title might to some degree skew approaches to establishing the document’s historical significance. As Professor Mary Sarah Bilder noted in framing her September 22 talk at the Kinder Institute, in spite of its being archival royalty, we shouldn’t treat Madison’s famous work as a relic to be enshrined as an unimpeachable, definitive account of exactly what happened at the Convention. Given that we now know the degree to which Madison revised the Notes, she offered that we should instead read them as a textual artifact which reveals both his own and other leaders’ experience of contentious national politics in the early republic as well as their shifting understanding of the Constitution itself.

Even if we put Madison’s own ex post facto revisions aside, Prof. Bilder added that the process by which the Notes were crafted introduced certain contingencies that make any hope for a verbatim transcript impossible to sustain. Because the various note takers re-shaped “rough copy” into “fair copy” twice per week, on Wednesdays and Sundays, their accounts naturally fell victim to both the limitations and liberties of memory. For example, Saturday speeches were understandably the most fully and poetically rendered, given that they were freshest on the documentarians’ minds. Objectivity, she went on to explain, was further compromised by the revisionist license that came into play when note takers were creating records of their own speeches.

At the center of Prof. Bilder’s talk, however, were the more deliberate revisions that Madison made to his original fair copy, and how they enable us to view the Notes as a legislative diary of his thinking about the future of the nation under the new Constitution both during and long after ratification. Perhaps the most important factor to keep in mind when assessing the significance of these revisions, Prof. Bilder argued, is that no one truly grasped the magnitude of the Convention during the actual proceedings, and as a result, they tempered political optimism in the years after the signing with lingering concerns about the fate of the young republic. Nowhere is this better seen, she pointed out, than in Madison’s “Federalist 37,” where he warns against seeking “regular symmetry” in a document that had to account for, and somehow surmount, the difficulties posed by individual and regional differences of opinion, principle, and agenda.

This cautious uncertainty, and the ambiguity of language that came with it, had to be theoretically and textually re-considered when it became clear that the 1787 Constitution would survive ratification intact. It is no coincidence, Prof. Bilder showed, that many of Madison’s most significant revisions were thus made in the years after the document’s fate was secured: certain speeches were removed wholesale; Madison re-imagined himself as moderate, dispassionate, and thoughtful (versus the moody figure he actually cut in Philadelphia); and perhaps most tellingly, he substituted in a more official language for political turns of phrase that, in retrospect, proved overly equivocal. And what might seem to some like small changes were, in reality, of incredible significance: in one of many examples, while the original language of a ‘federal constitution’ was theoretically broad enough to account for a nation existing under the Articles of Confederation, the revised ‘federal system of government’ closed the door on that possibility.

Madison’s tinkering, Prof. Bilder noted in concluding her talk, did not stop with ratification, nor with the addition of the Bill of Rights. In the late-1790s, for example, he made further changes to show his support for Jeffersonian Republicanism (though he stopped short of honoring Jefferson’s request to publish the Notes in 1799 as a shot across Adams’ bow during their heated contest for the presidency). After his own turn in the executive office, Madison once again went back to his original record, revising it to increase the appearance of comprehensiveness and, in doing so, to alleviate his persistent worry that another note taker’s version would be published and raise questions about the integrity of his own account. 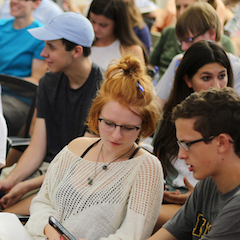 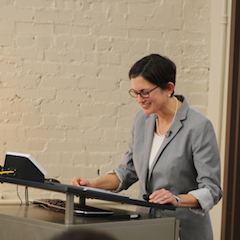 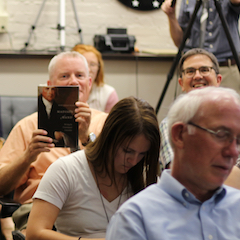 To understand just how much nineteenth-century politicians relied on political expediency—and, in this, evaded political reality—in the course of incorporating Louisiana and Missouri into the union, we have to first look at Jefferson’s aspirations for an “empire of liberty.” Specifically, TCU Professor Gene Smith began his lecture by explaining how, for Jefferson, the land acquired through the Louisiana Purchase not only neutralized outside threats to national security but also provided a living canvas for the advancement of his vision of a republic expansive enough—and a government energetic enough—to allow all people a share in their own rule.

As Prof. Smith would go on to show, the idyllic simplicity of Jefferson’s “a plot for every yeoman farmer” vision belied the political divisions that the Louisiana Purchase exacerbated and the national problems that would remain unresolved long after Louisiana and Missouri achieved statehood. For example, he explained how incorporating Louisiana stoked the ire of New England Federalists for a variety of reasons: because of questions surrounding the constitutionality of the Purchase itself; because of moral and political opposition to the extension of slavery into the territories; and because of their own vested economic interest in developing the Ohio Valley. The particular cause of backlash on which Prof. Smith focused, however, was born out of xenophobic fear of and prejudice against integrating foreign citizens into the union, and he noted that the solution to this question that Jefferson ultimately reached—a long, somewhat oligarchic process of inculcating Louisiana residents in American political values and processes—did very little to adequately address the larger issue of how to equitably extend fundamental freedoms to pre-Purchase inhabitants of newly acquired territories. 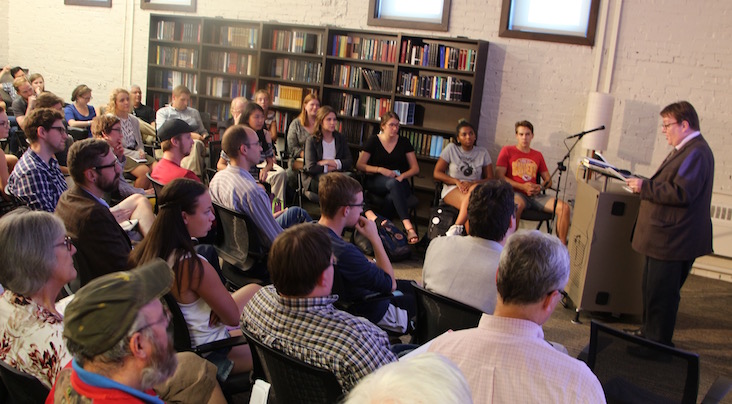 As for his other case study, Prof. Smith noted how the federal government allowing slavery to extend into Louisiana merely foisted the pressing need to find a more satisfactory solution to this problem onto the process of incorporating Missouri. While the 1820 compromise that was ultimately reached is familiar, the way in which the state constitution then attempted to re-buttress the institution of slavery and the slaveholding interest/power in Missouri gets less attention. As an expression of their intense dissatisfaction with the lack of control they had over the terms of their incorporation, the drafters of Missouri’s constitution not only made it illegal for the state to end slavery but also established laws preventing free blacks from settling there. And while the less-heralded 1821 compromise prevented the second of these provisions from becoming law, the practice of excluding free blacks continued, further showing, Prof. Smith concluded, how fulfilling Jefferson’s “empire of liberty” often meant avoiding resolving those issues that most vehemently contradicted its underlying ideals.