“Dr. Sexton is a globally renowned scholar. His work at University of Oxford and University of Cambridge prior to joining the Kinder Institute gives him a unique perspective on American democracy and the forces that both shape it and are influenced by it,” said Ramchand. Sexton is a former director and distinguished fellow of Oxford’s Rothermere American Institute, the largest center devoted to the study of the U.S. outside of North America. “He is a prolific presenter and speaker, and he brings an innovative approach to teaching as he engages students in the study of American democracy,” Ramchand added.

Established in 2015 and supported by $35M in gifts from the Kinder Foundation, The Kinder Institute on Constitutional Democracy is an interdisciplinary academic center at the University of Missouri. The Institute promotes excellence in teaching and scholarship about American constitutional and democratic principles, history and traditions; and supports the research and scholarship of MU faculty and students who seek to explore questions related to the history, theory and practice of constitutional democracy.

“The Kinder Institute plays a critical role at MU and in our society,” said Cooper Drury, dean of the College of Arts and Science. “We must never take the American democracy for granted, and the Kinder Institute faculty, staff and students continue to study and advance our understanding of the world’s oldest democracy.”

Sexton replaces Justin Dyer, who has served as director since 2015. Dyer was recently appointed as director of the newly founded Civitas Institute at the University of Texas at Austin.

“We thank Justin for his dedication, leadership and hard work, which has made the Kinder Institute such an outstanding organization. We applaud the selection of Jay Sexton, who has been an important part of the Institute for the last few years, as Justin’s successor and believe he will be a fine leader of our outstanding team and take the Kinder Institute to an even higher level of success in the coming years,” said Rich Kinder, chairman of the Kinder Foundation.

“We remain enthusiastic supporters of the mission of our institute: to educate the next generation of students on the founding of the United States as a remarkable experiment in democracy, which has survived and flourished for almost 250 years.” 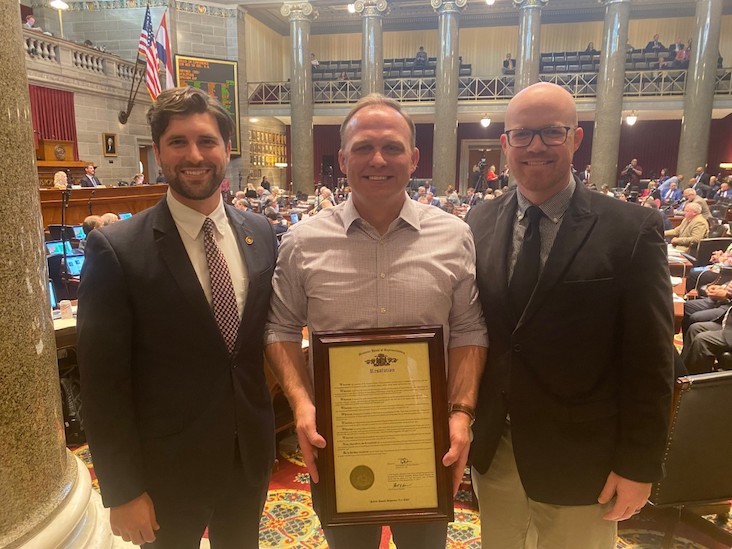