Electing the House: The Adoption and Performance of the U.S. Single-Member District Electoral System 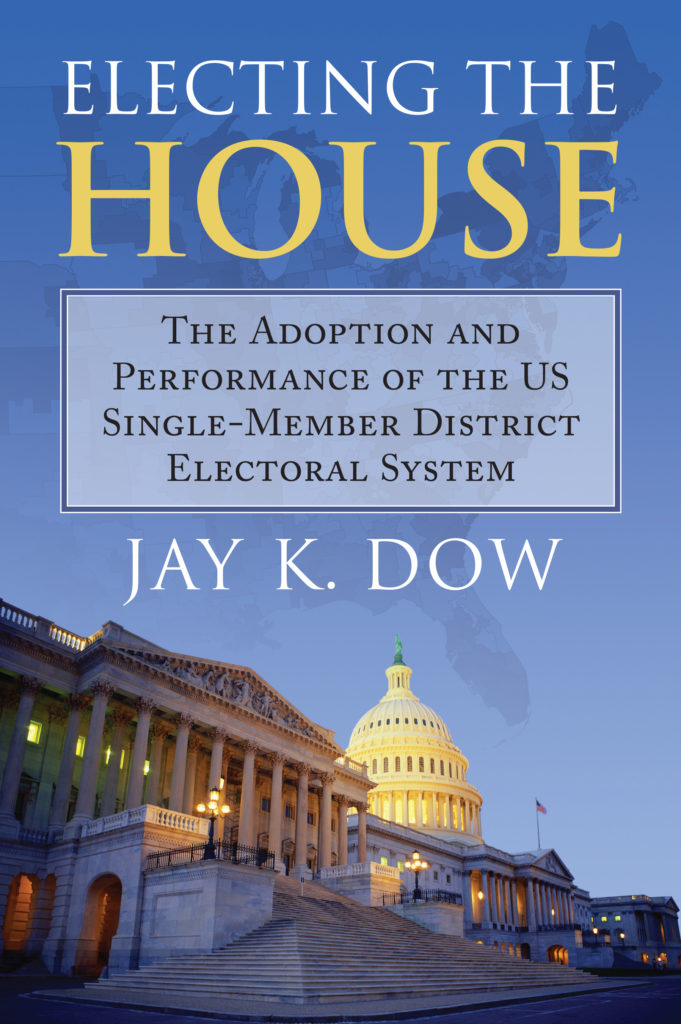 Electing the House is the first book-length study to explore how the US came to adopt the single-member district system, how it solidified into a seemingly permanent fixture of American government, and whether it performs well by the standards it was intended to achieve. Dow traces the history of the present system from its origins in the Jacksonian Era to its solidification with the enfranchisement of women in the early twentieth century and African Americans in the Civil Rights Era, persuasively arguing that the single-member district system became the way we elect our representatives because it fits especially well within the corpus of political thought that informs our collective understanding of good governance.

“Jay Dow shows that this critical feature of the US electoral system is best understood through a historical developmental approach that includes a blend of Founding ideas, institutions, social and political changes, and strategic choices. The book contributes mightily to the American political development literature on Congress, debates over the vitality of the American electoral system, and congressional reform.” —Daniel Palazzolo, Professor of Political Science, University of Richmond